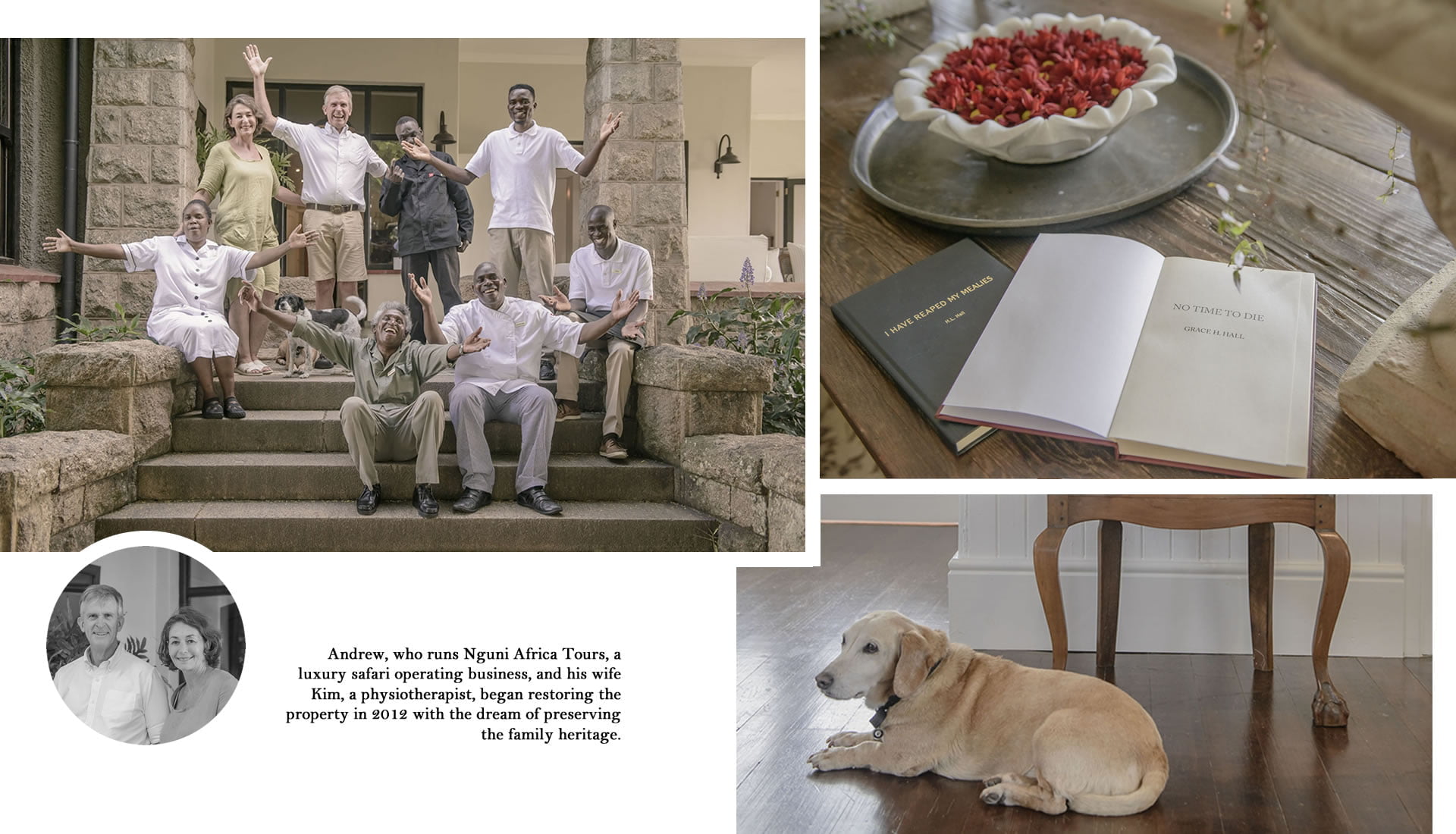 In 2012 Andrew and Kim Hall, fourth generation family of the farming pioneer HL Hall and his wife Grace, began restoring the 100-year family farmhouse. Here they were able to realise their dream of preserving the family heritage and continuing Grace Hall’s legacy of “providing rest for the weary traveller” in her home long before Nelspruit was even established.

The homestead is located on the well-known farming estate of HL Hall & Sons, in the village that was once occupied by the first generation Hall family and farming employees. It was named Torburnlea by Grace Hall in 1923 as a reminder of the countryside in Scotland where she spent her childhood. Steeped in history, Torburnlea was once host to the eminent President Jan Smuts, Sir Percy Fitzpatrick, author of the classic children’s book “Jock of the Bushveld” and Harry Wolhuter, one of the first game rangers of the Kruger Park, who survived a lion attack while patrolling the reserve on horseback.

Step inside the homestead and you will appreciate the lengths that Kim and Andrew have gone to in the restoration process. Every detail has been considered; every guest’s need attended to. With a keen interest in environmental sustainability, Kim and Andrew gave special attention to the installation of water and energy efficient fixtures, the use of recycled and locally sourced materials. The result is an elegant yet inviting space that you may never want to leave.

Be sure to walk around the historic Heritage Park while appreciating the bird life and make time to listen to Andrew’s stories and interesting facts about the homestead as he takes you back in time. Ask to be shown the wine cellar, previously used by his great grandmother to store her farm preserves and cured meat. Enquire about the royal visit of King George VI, Queen Elizabeth (the Queen Mother) and the princesses during an unscheduled stop of the White Train at the nearby Mataffin railway siding on the farm.